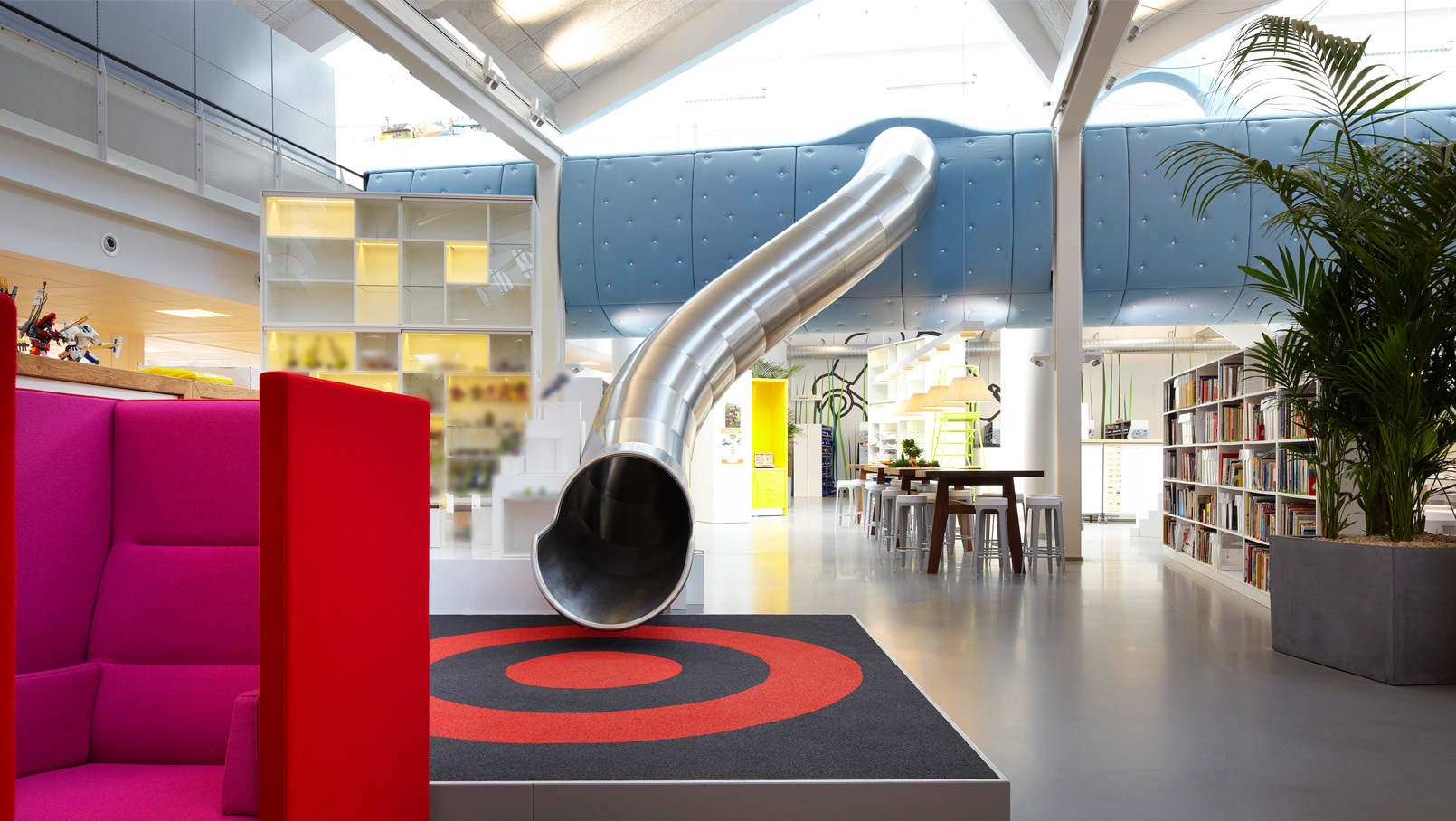 Future LEGO products are created in the development department LEGO PMD. Now, the department’s designers have a work space where the physical setting supports the playful character of the work. Danish Designers  Rosan Bosch and Rune Fjord created a 2000 sqm physical working environment for LEGO where development, play and creativity are integrated into the spatial design. 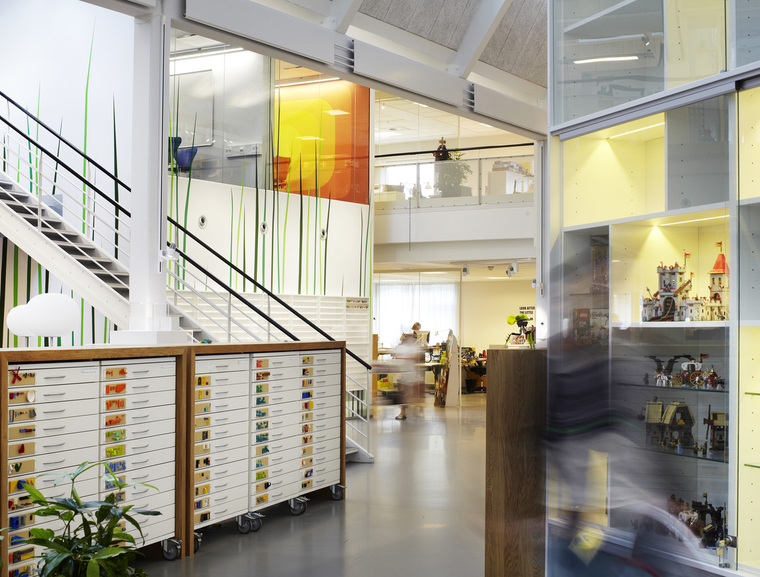 In order to create a design that matches the creative development process in the department, the imagination was given free reins. Across the large space, an existing walkway was turned into an oversize seating area with a light blue color that transforms the walkway into a light, fluffy cloud. The cloud twists and turns and unfolds to form sofas, sitting podiums and a slide that connects the two floors. 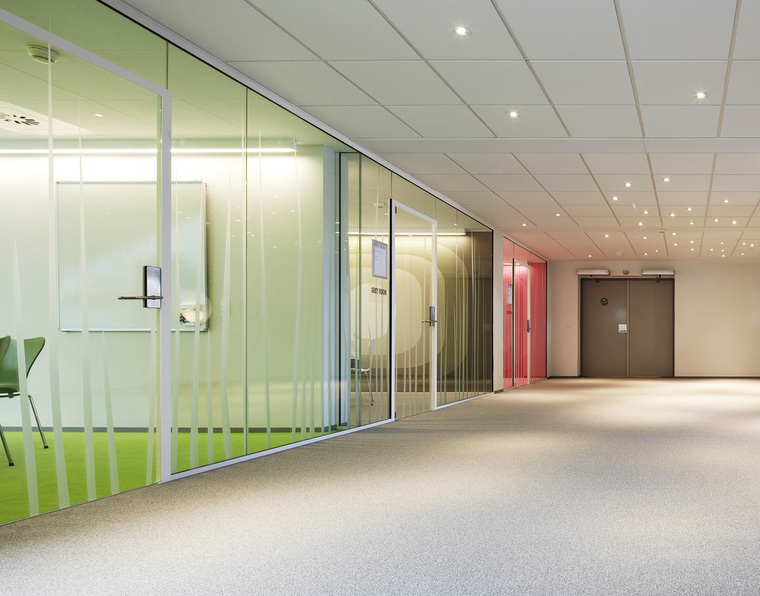 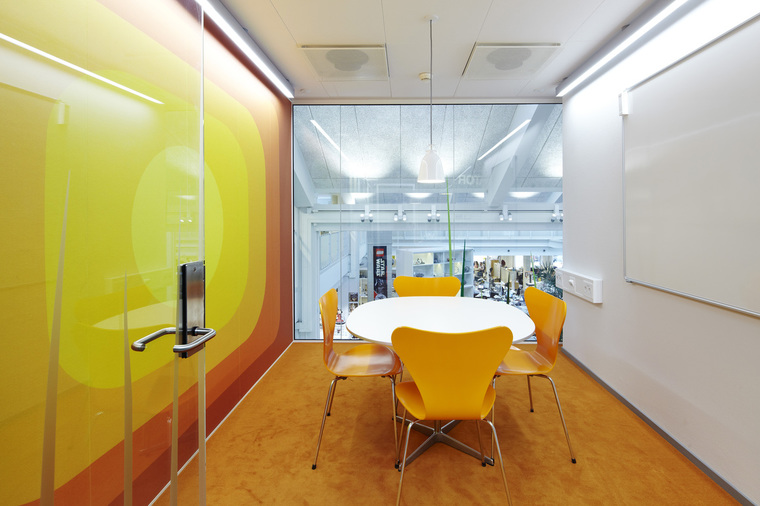 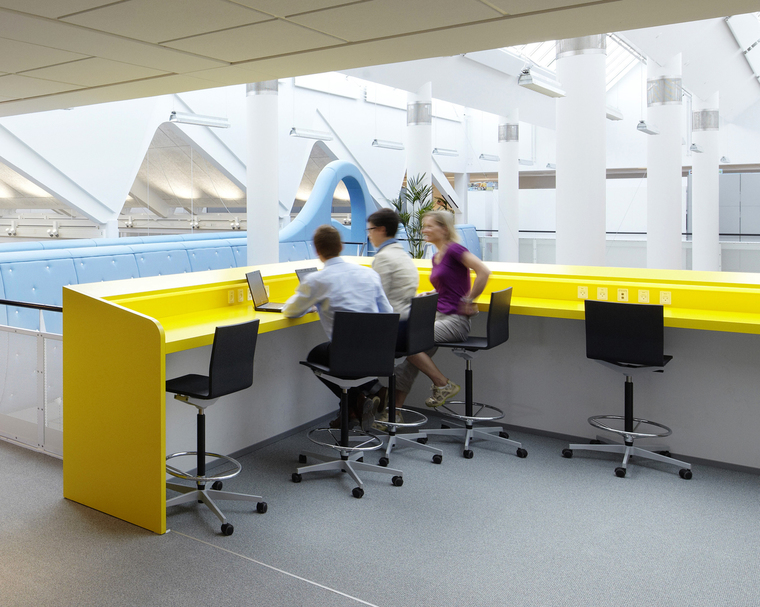 The new design of LEGO PMD makes it possible for the designers to work closer together. At ground floor, the open space at the centre of the room creates a dynamic flow where informal meeting places create a setting for social interaction and exchange of information. Towards the sides, there is room for concentrated work, and specially designed means of exhibition such as the show-off podiums and the model towers give the designers a chance to display their work to each other, facilitating the sharing of knowledge and ideas across the department. A Fun Zone with a yellow table bar creates room for relaxation and social interaction, where a number of building tables for children make it possible for LEGO’s youngest employees to test the newest models and products. The new LEGO PMD is the children’s universe where imagination reins free – for children and designer alike! 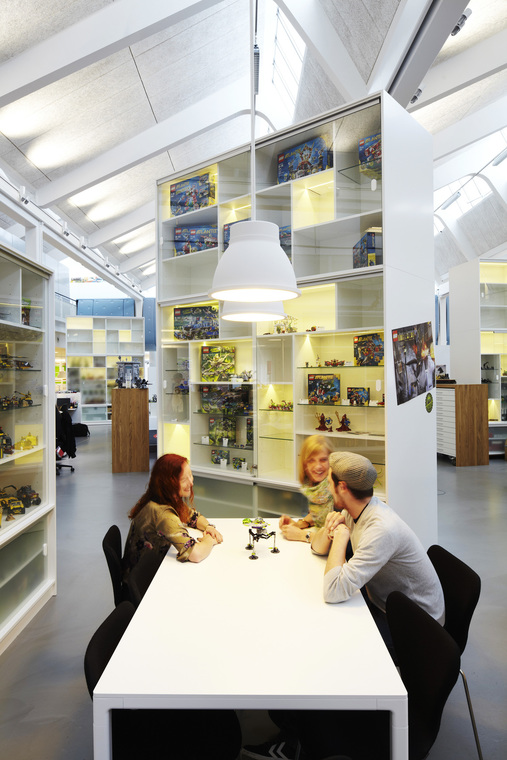 In this physical design, children’s fantasy world becomes a part of everyday perception and defines a setting for creating new designs for games and play. The new LEGO PMD is a children’s universe where the imagination can be unleashed – for children and designers alike.