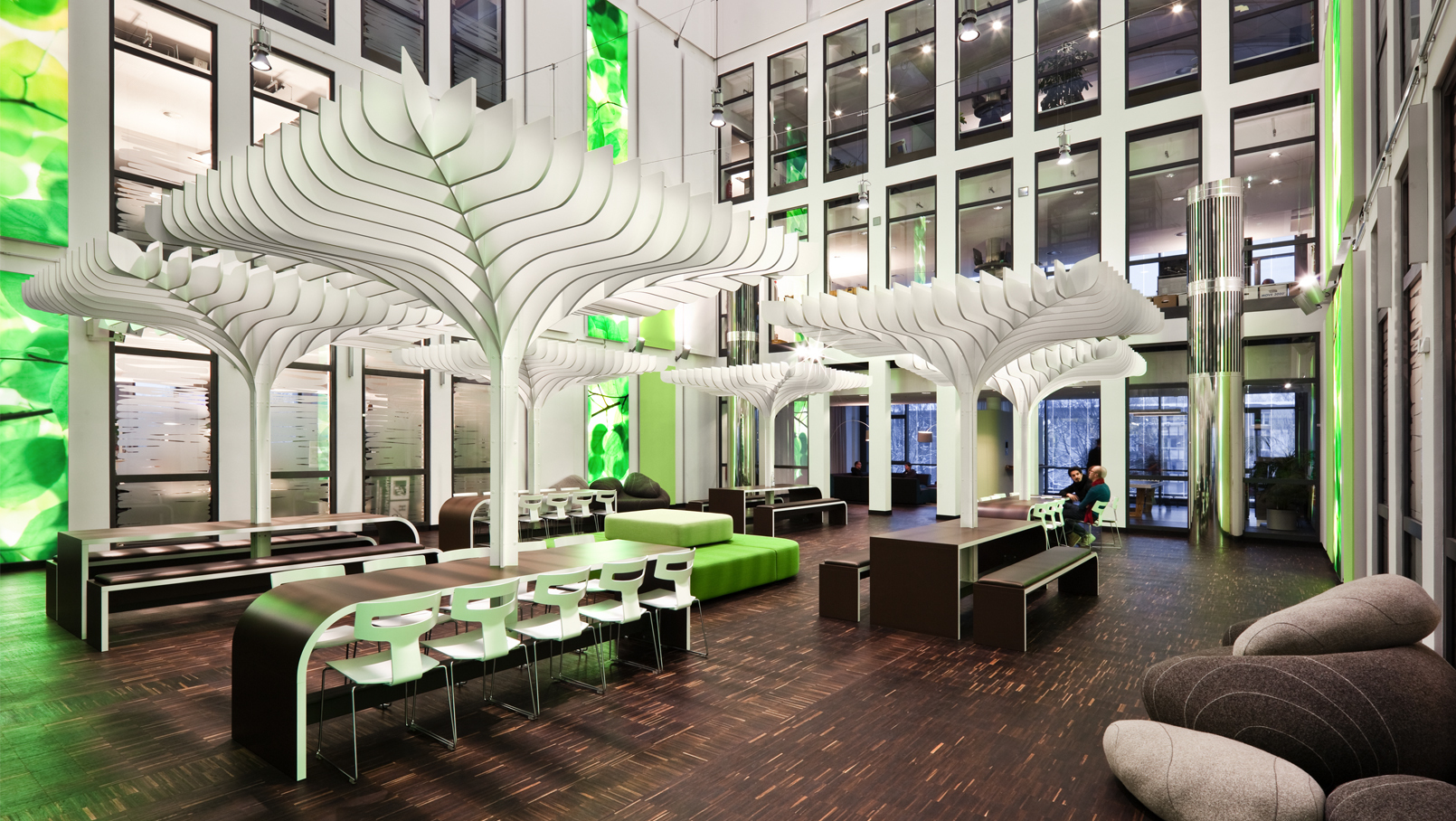 Dan Pearlman designed with Markus Fischer the interiors and re-organization of the reception, meeting and breakout areas of the new Headquarters of MTV Networks in Berlin. With the redesigned and newly organized reception, meeting and break room areas at MTV Headquarters, a long-held wish of employees became reality and a once gloomy office complex on the Spree can finally function as the head offices of 700 sqm. 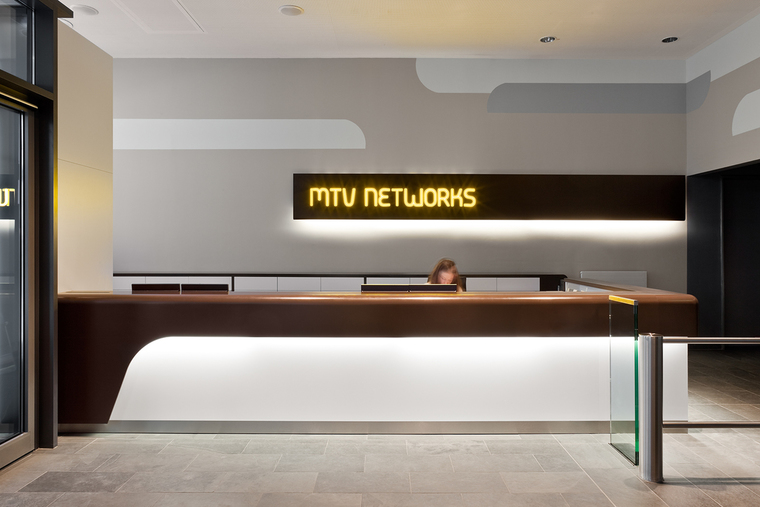 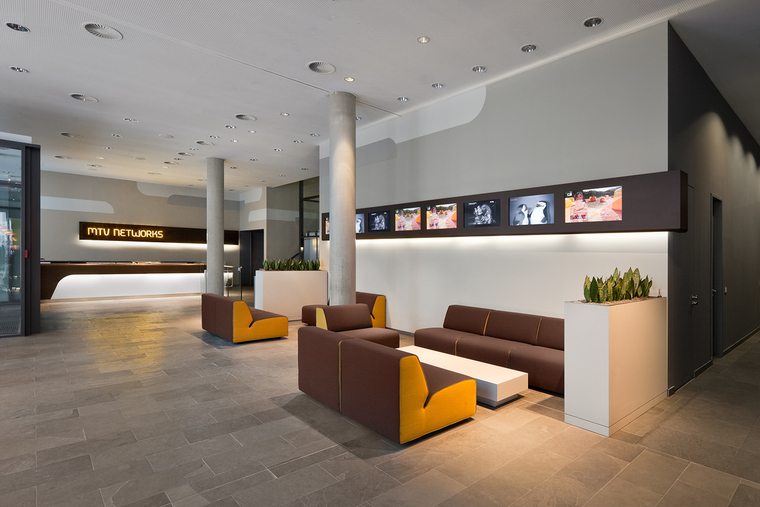 The designers were asked to perform their magic and created an “axis of inspiration” by opening up the entire centre area on the first floor from the northern to the southern façade. Today the spacious atrium serves as a “Brand Garden” with seating for taking breaks or informal meetings, which can accommodate up to 250 employees. The interior design and materials relate to the identity of the MTV Networks logo with its characteristic font and the colors dark brown, white, and yellow. They are referenced and translated creatively in the design of the reception area, the lobby, and the café as well as in the atrium and the kitchenettes. 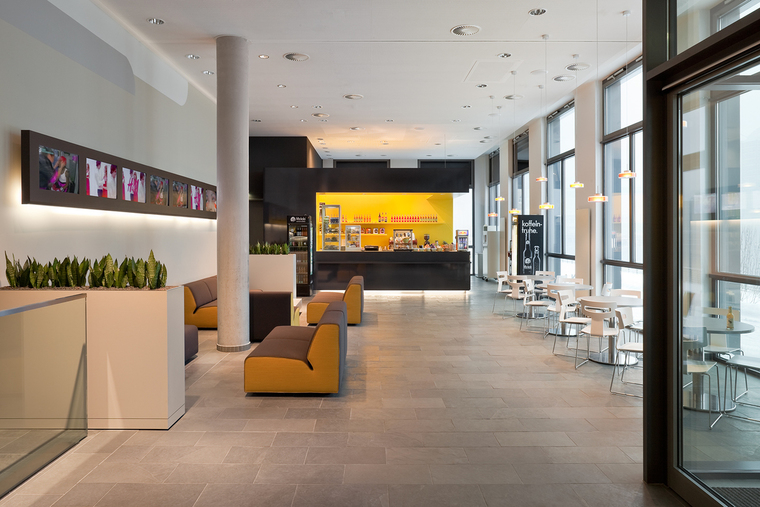 Whether eating lunch in the Network Kitchen, in the Blue Lounge or in the Brand Garden under a stylized canopy of leaves, there are ample choices for taking time out during the workday. Fans of table tennis or table football can of course be found in the Sport Lounge. The abstract tree parasols and several different seating isles refer to the self-contained “corporate” design and use of materials in the entrance area. The overall picture of the “garden” is rounded up by the interaction of the large airspaceleaves installation and the “vertical green” spaces as well as small details, such as felt stones as open seating isles. 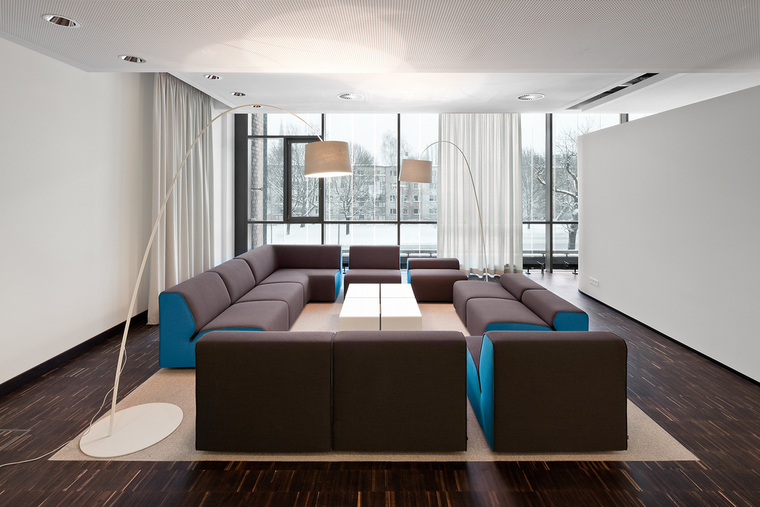 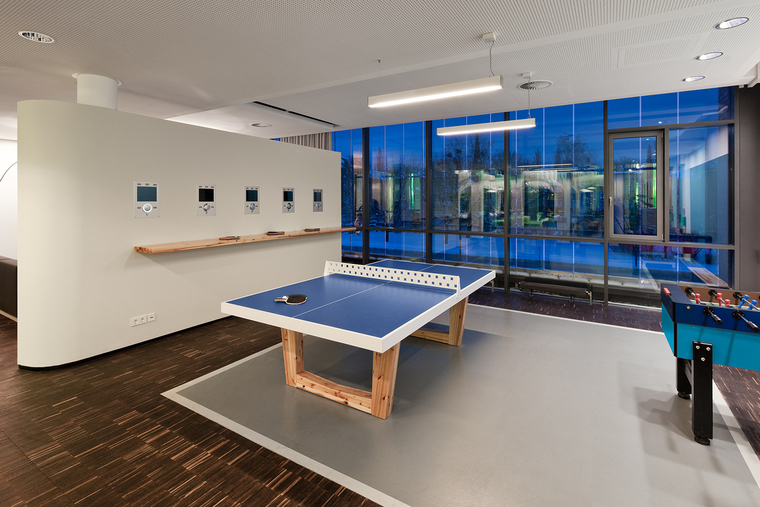 The “möbel objekte raumkonzepte gmbh”  realized the concept of the new work-life-balance at MTV with the whole interior decoration by stylish furniture and umbrellas. In addition, the entire team was supported by the „Lindemann projekt.net“ in researching and supplying the right furniture.